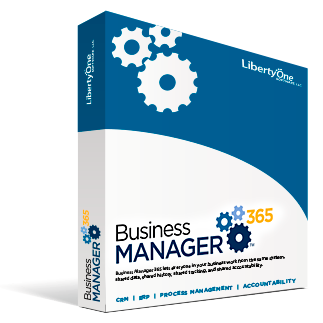 The Named-Seat license option is a great option for balancing ease of deployment, use and cost. The four seat options allow you to decide the level of access required for each user. Reducing the need to setup specific permission at the time of deployment – simply configure your users, assign them the level of permissions they need and go!

Annual Maintenance is equal to 18% of software licensing.

Named-User licensing is a great option for companies looking for flexibility in deployment. Simply determine the number of users needed and pay the designated monthly cost based on the user group ranges. Upon deployment, you will have the option to use our four pre-built roles or build your own custom roles granting your own permission structure.

What is Cloud Based Named User Licensing?

A Per-seat license is a software license based on the number of individual users who have access to the software. For example, 50-user per-seat license would mean that up to 50 individually named users can access the program (compare named user licensing [1]).

Per seat licensing is administered by providing user-level security to the directory containing the program. The alternative is a concurrent user license, based on the number of simultaneous users—regardless of which individuals they are—accessing the program. It typically deals with software running in the server where users connect via the network. For example, in a 50-user concurrent use license, after 50 users are logged on to the program, the 51st user is blocked. When any one of the first 50 logs off, the next person can log on. Concurrent licensing can be managed by the application itself or via independent software metering tools.

[1]Per seat licensing often imposes restrictions on the users. A user may be a person, software or device accessing the software. User licenses may be differentiated by user types, as authorized users, external user, internal user, qualified user, etc. User types to be taken into account are determined by the licensing requirements.

For On-Premise Installation pricing of Business Manager 365, please contact one of our sales representatives. Give us a call at 877-284-5733, send us an email or use the form below and we will contact you soon.

I have to pay for annual maintenance/support?

Yes, software maintenance fees are standard in the software industry there are many reasons that companies charge for maintenance such as; to keep the software current with the ever changing business environment, client requests for changes or modifications to the software to enhance its overall value, to insure that it remains compatible with third party applications such as QuickBooks, Microsoft products, changes in operating systems and web based technologies.

Why do I need maintenance/support?

There are many reason that paying for maintenance benefits you and all the customers of Business Manager 365. The maintenance fees also help with fixing workflow issues within the software, corrective fixes, technology enhancements, long term sustainability and usability of the software, research and development and testing of the product to insure outstanding performance.

What’s included in the maintenance/support?

This depends on the level of maintenance and support that you choose which are listed under the support plans.

What can go wrong if I don’t maintain your software?

Business Manager 365 is a version based software and although upgrades are not required without the maintenance and support plans in place the software will become static and you wouldn’t benefit from new technologies and new features of the system.

Sign up for our no obligation demo and see first hand how Business Manager 365 works. Give us a call at 877-284-5733  or use our form below to see a demonstration.